An Epidemic Is Killing Thousands Of Coal Miners. Regulators Could Have Stopped It 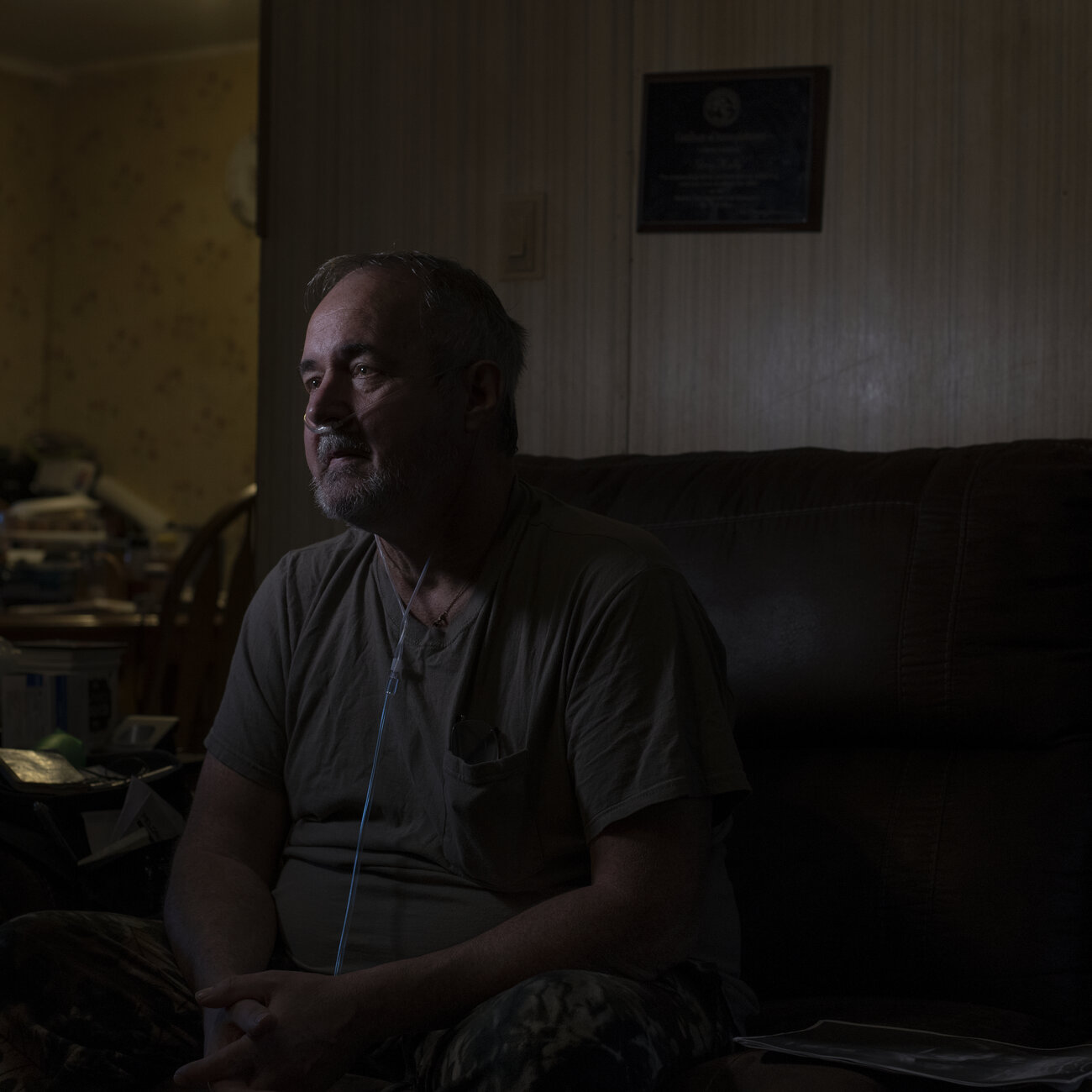 Greg Kelly's grandson, Caden, scampers to the tree-shaded creek behind his grandfather's house to catch crawdads, as Kelly shuffles along, trying to keep up. Kelly's small day pack holds an oxygen tank with a clear tube clipped to his nose. He has chairs spaced out on the short route so he can stop every few minutes, sit down and catch his breath, until he has enough wind and strength to start out again for the creek.

"I just pray that the Lord give me as much time as I can with him," Kelly said, his eyes welling with tears. "He just lightens my life. I want to be as fun with him as I can. And do as much as I can with him."

Caden is 9 years old, and even at his age he knows what happened to his paw-paw at the Harlan County, Ky., coal mines where Kelly labored as a roof bolter for 31 years.

"That coal mine made your lungs dirty, didn't it?'" Kelly recalled Caden asking. "Yeah it did. ... And I can't breathe and I have to have my backpack to breathe," Kelly told him.  Read More