The Car Was Repossessed, but the Debt Remains

By JESSICA SILVER-GREENBERG and MICHAEL CORKERYJUNE 18, 2017 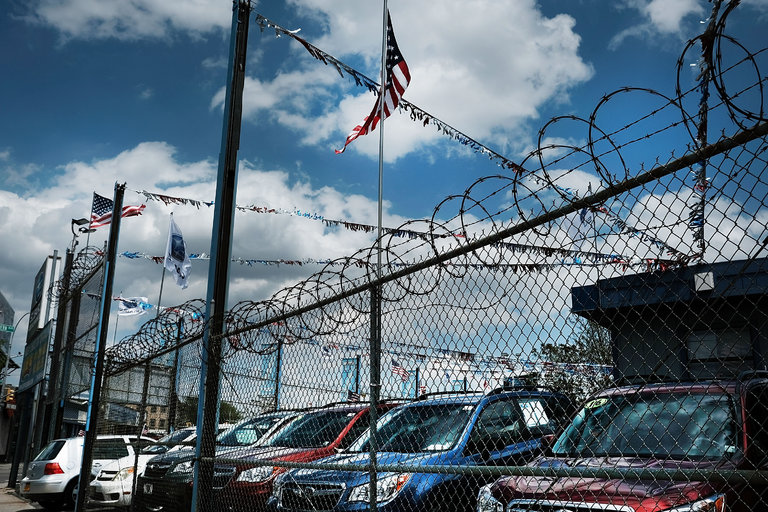 Unable to recover the balance of loans by repossessing and reselling the cars of owners who default, some subprime lenders are aggressively suing the borrowers to collect what remains. Credit Spencer Platt/Getty Images

More than a decade after Yvette Harris’s 1997 Mitsubishi was repossessed, she is still paying off her car loan.

She has no choice. Her auto lender took her to court and won the right to seize a portion of her income to cover her debt. The lender has so far been able to garnish $4,133 from her paychecks — a drain that at one point forced Ms. Harris, a single mother who lives in the Bronx, to go on public assistance to support her two sons.

“How am I still paying for a car I don’t have?” she asked.

For millions of Americans like Ms. Harris who have shaky credit and had to turn to subprime auto loans with high interest rates and hefty fees to buy a car, there is no getting out.

Many of these auto loans, it turns out, have a habit of haunting people long after their cars have been repossessed.

The reason: Unable to recover the balance of the loans by repossessing and reselling the cars, some subprime lenders are aggressively suing borrowers to collect what remains — even 13 years later.

Ms. Harris’s predicament goes a long way toward explaining how lenders, working hand in hand with auto dealers, have made billions of dollars extending high-interest loans to Americans on the financial margins.

These are people desperate enough to take on thousands of dollars of debt at interest rates as high as 24 percent for one simple reason: Without a car, they have no way to get to work or to doctors.